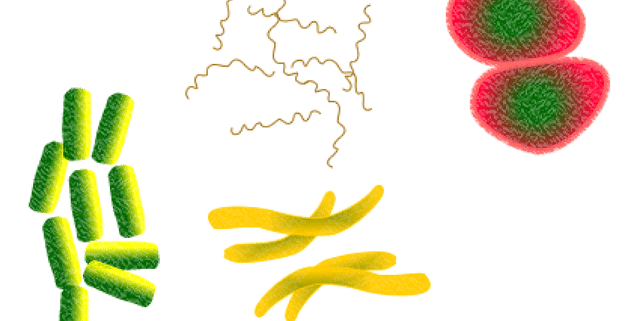 In recent years, chronic inflammatory problems, such as allergies and asthma, have been increasing in developed parts of the world. There are two working hypotheses that contribute to this phenomenon, one of which is the “hygiene hypothesis” that Nesse and Williams outlined in 1994. The hygiene hypothesis says that reduced family size and improved cleanliness has resulted in less exposure to pathogens, which in turn leads to more occurrence of chronic inflammatory disease. This was one of the leading hypotheses in the 90s, but since then, studies have shown that hygiene and increased occurrence of allergies and asthma are not correlated.1The hygiene hypothesis has since been reframed into what we now know as the “old friends” hypothesis. This hypothesis states that because we are not exposed to our old friends – harmless microbes—due to our increased cleanliness, the result is an increase in chronic inflammatory problems. Harmless microbes include helminths, mycobacteria, and bacteria like Lactobacillus. These microbes have been present all throughout mammalian evolution and have only been removed from the environment very recently due to our increased cleanliness and treatment. Research has shown that those who are not exposed to these microbes tend to have chronic inflammatory problems, like allergies, compared to those who are exposed.1,2 Exposure still exists in today’s world, but is greatly reduced in richer countries where there are less cowsheds and farms integrated throughout the land.1 Currently, scientists are trying to figure out ways to reintroduce these old friends into developed nations. One method for doing so is by the use of probiotics, which contain cultures of these harmless and potentially helpful bacteria.2 There is still no definitive answer as to why chronic inflammatory problems continue to increase in developed nations; however, the results under the old friends hypothesis is just an indicator that science may be heading in the right direction as to finding the answer, but like always, more research is needed.

Reach out and we’ll get right back to you!

COVID-19
Graham Rehab and Wellness is fully open and able to resume all care including emergency and routine treatments. We are following all WSHD, CDC, and WSCA guidelines to ensure the safety of our staff and patients. Should you experience cold or flu like symptoms, or are running a fever we kindly ask that you remain home. A list of Covid-19 resources is available here.